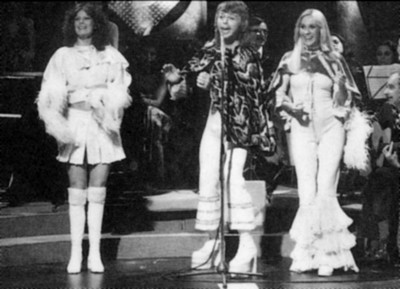 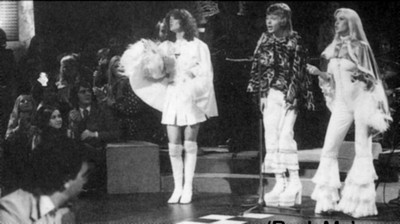 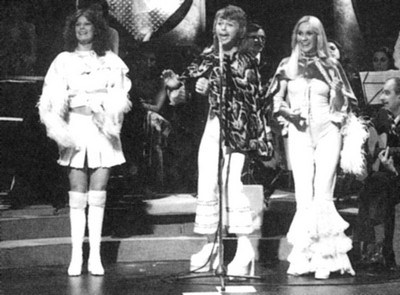 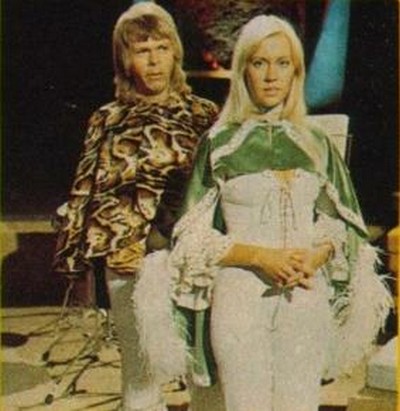 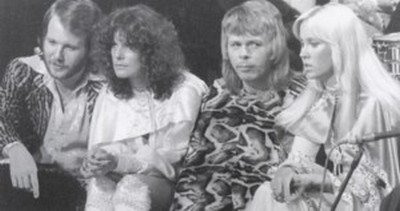 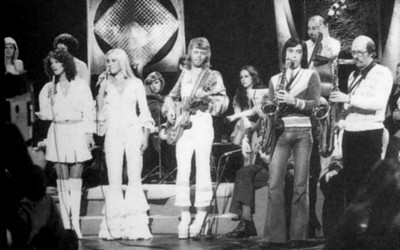 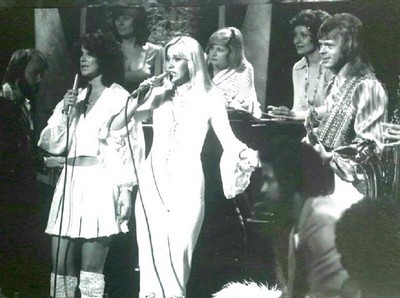 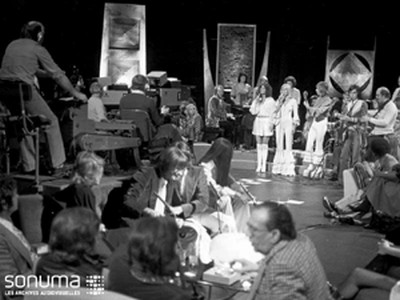 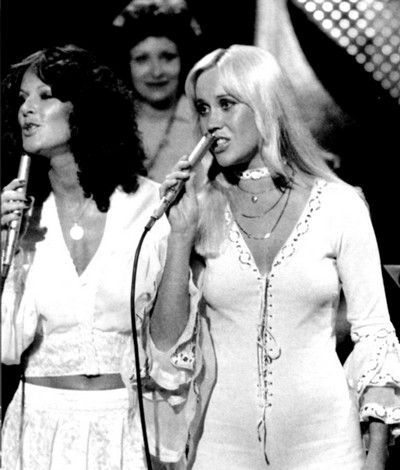 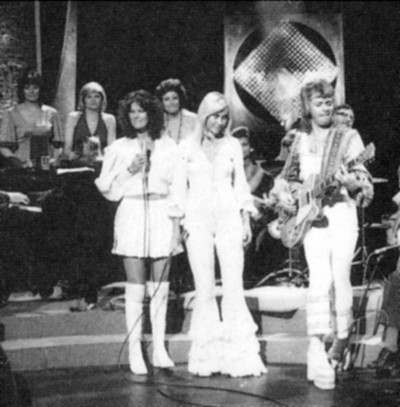 Chansons à la Carte was a monthly music series run on Saturday evening on channel RTB from 15 October 1972 to 1983, hosted by André Torrent.

This clip does not exist any more in the Belgian TV archives. Prepare yourself for some terrible information: the RTB technicians used the tapes to re-record sports events and football matches! They only have some episodes of Chansons a la Carte from the early 80s in their archives. I hope those guilty can sleep at night!

It's not known whether the above photos are from the TV broadcast or not given that it's been erased. They could just be taken from the audience - but as it's all we have, I am including them here.  It seems that some pictures show Björn wearing the leopard-print cape and taking the lead so I presume that is for Rock Me.  Frida and Agnetha are also both wearing their capes.  Therefore, the other photos with capes removed must be I Do, I Do, I Do, I Do, I Do.

* RTB stands for Radiodiffusion-Télévision Belge but is now called RTBF.

Got any information to add?
Spotted a mistake?
Contact me at abbaontv@yahoo.co.uk